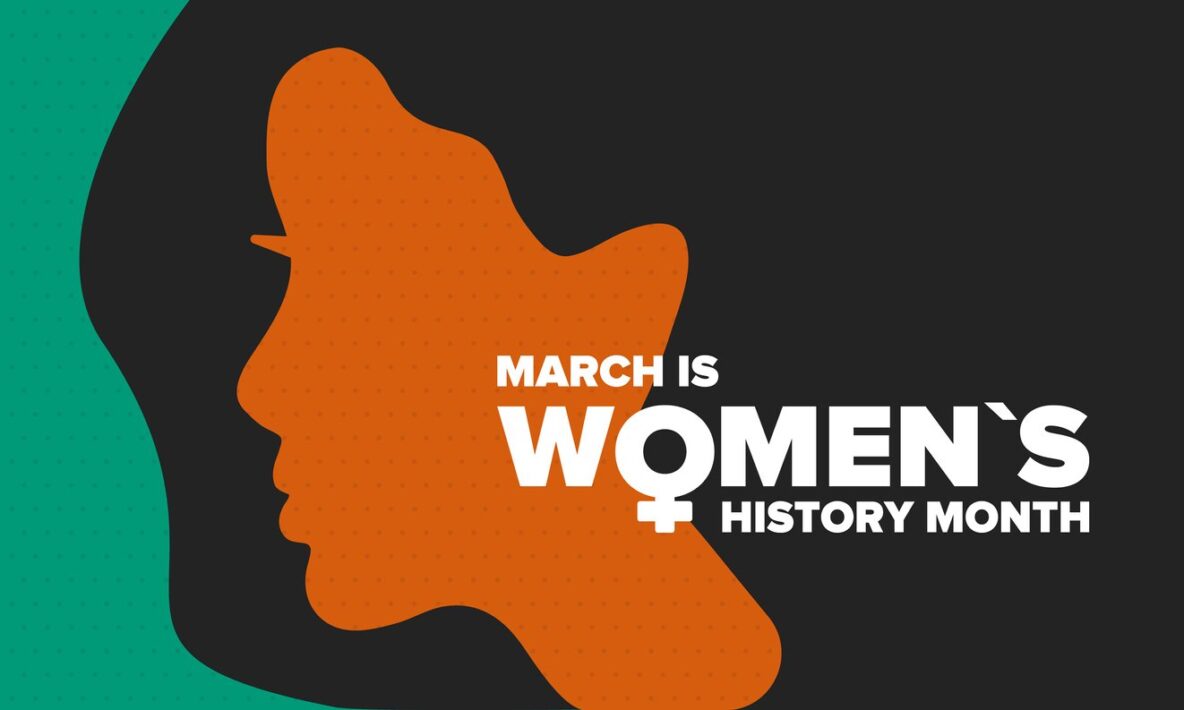 Every March, we celebrate Women’s History Month in honor of the accomplishments and contributions of women throughout history. This year, we’re taking a look at some of the most important moments in women’s history and why it matters that we recognize and commemorate them.

Women’s History Month began as Women’s History Week in 1978 as part of a school curriculum developed by the Sonoma County (California) Commission on the Status of Women. In 1980, President Jimmy Carter issued a proclamation announcing National Women’s History week to coincide with International Woman’s Day on March 12th every year. In 1987, Congress expanded it to cover the entire month of March.

It was met with some resistance initially, with critics claiming that it was a threat to male culture and an attempt by feminists to replace men’s history. Others argued that the U-S already had enough holidays so we didn’t need another one celebrating women. Yeah, the same old story.

Nonetheless, it has become a popular annual observance in many countries around the world where people celebrate achievements of women from all walks of life.

There are many reasons why Women’s History Month is important. For one, it helps to correct the imbalance in history books that have traditionally been filled with stories and accomplishments of men while downplaying or ignoring the contributions of women, a familiar story from the African-American perspective. Celebrating this month helps to ensure that the stories of women are heard and remembered. It also provides a platform for raising awareness about issues affecting women and girls, and encourages people to take action to address those issues.

It’s also important because it helps us celebrate the accomplishments of women in all areas, including politics, science and technology, business and the arts. It reminds us that there are many accomplished women who were pioneers in their fields and overcame obstacles to pave the way for future generations of young girls.

It’s been more than 100 years since the passage of the 19th amendment, granting women the right to vote in the United States. Let’s reflect on some other incredible achievements by women throughout history:

– Oprah Winfrey is probably a familiar face. She’s one of the most successful and influential women in media, having created her own talk show, which was the highest-rated program of its kind for 25 consecutive years.

– Michelle Obama, of course. Our former First Lady and also author and attorney is a powerful advocate for girls and women around the world.

– Sojourner Truth, who was an abolitionist and women’s rights activist. She was the first black woman to win a case against a white man when she sued her former slave owner for the return of her son.

– The iconic Rosa Parks, who became known as “the first lady of civil rights” after refusing to give up her seat on a bus in Montgomery Alabama and sparking the Montgomery Bus Boycott.

– Shirley Chisholm, the first African American woman to be elected to Congress. She was also the first woman to run for the Democratic Presidential nomination.

– Angela Davis is an American political activist, academic, and author. She was a member of the Communist Party USA, and was associated with the Black Panther Party during the late 1960s and early 1970s. She went on to have a distinguished academic career.

– Katherine Johnson was a mathematician and physicist who worked for NASA during the Space Race. Her skills were crucial in calculating orbital equations leading to the success of John Glenn’s successful orbit of Earth.

– Zora Neale Hurston was an American novelist, short story writer, folklorist, and anthropologist who devoted her life to promoting and studying black culture and folklore.

– Harriet Tubman was an abolitionist and activist who helped free hundreds of slaves through the Underground Railroad. She escaped from slavery herself in 1849, which makes her story all the more incredible.

There are countless other examples of women who have made great contributions to society. We celebrate Women’s History Month to remember the past and inspire the future.

Who are some of the women in history you admire? What did they accomplish that inspires you or made a difference in your life? What makes celebrating Women’s History so important to you? Let me know in the comments.