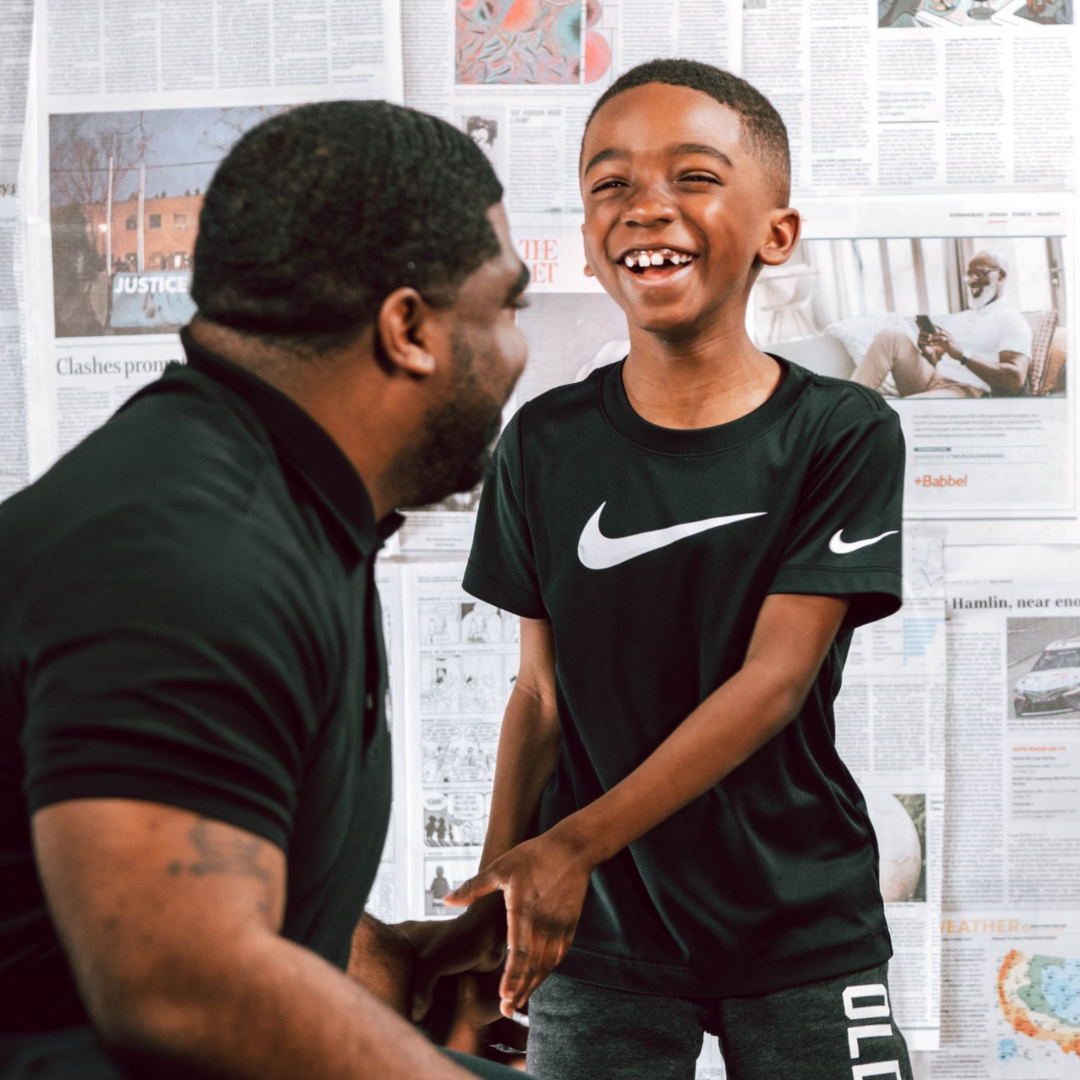 Raising a black son has been one of the greatest joys of my life, but it’s also been one of the hardest things I’ve ever had to do. The way that I grew up 36 years ago is completely different from today and will continue to be different as time continues to evolve. And I have to recognize that my son, no matter how charming he is, no matter how intelligent he is, will always be seen to some people as just another black body.

When Jesse III was born, there was immense joy brought into my life. The idea of having someone that has not only your namesake, but that could potentially become just like you or look just like you or walk and talk just like you was one of the greatest gifts given to me. I was really, really excited about teaching him things, whether it was to throw a ball or play basketball or do things that I used to do when I was a kid. One of my greatest joys has always been able to see myself inside this other human being and to wonder whether he takes more of my positiveattributes or more of the negative.

I’m proud to say that Jessie has way more of my good things, way more of my positive takes than negative takes. He’s delightful! He’s a person that everyone loves to know, loves to be around. He’s also one of the most emotionally intelligent third graders I’ve ever met in my life. He’s aperson who who will check on you, who will care about you, who will consider everyone in the room, even when nobody else is thinking aboutthem.

One of the hardest things about raising a black son in this day and age in America has been watching other young black men, kids like Jesse, become the targets of police harassment or worse, just being being a young black boy. Kids like Trayvon Martin, Mike Brown, I could go down the list… and it’s a long list, unfortunately. There’s a pain in recognizing that the social determinants of environment, of community, of geographiclocation can also contribute to an early departure from this earth.

I don’t want to see Jesse become victim to that. But it’s hard. It’s hard when you don’t grow up with money. It’s hard when you have nothing to stand on except the opportunities that you create in front of you. As a parent, as a black man, it’s hard to afford private high school. And, even if I did choose private education for my children, even in that “safe” environment, there are still opportunities for him to be targeted. There are teachers, students, parents who don’t like my son because the color of his skin. The countless micro-aggressions that could be sent his way. Theunintentional singling out by teachers meaning to be nice and meaning to care for him, yet disciplining him differently than the rest of the group.“Othering” him.

News flash. Superman’s not coming. There is no Batman. There’s no Spider-Man. There’s no Avengers to come and save the world. It’s only me. It’s only you. It’s only us. So when you ask me the question, what is it like to raise a black son in 2022? It would be a lie if I didn’t tell you that it was hard. I’d be remiss if I didn’t tell you that I am terrified on a daily basis. I’d have to admit that I don’t know exactly what to do or even how todo it. I just do it.

I can love my son. I can pray with him. I can hug him and kiss him as many times as I can. And I can do everything in my power to make sure that this young black man sees another black man like himself who has his name and who understands him. So that’s what I’ll do.

You may not have a black son. You may not have a young black man in your circle. And if you don’t, I’m hoping that you can at least recognize the complex and nuanced world in which we live. The world that doesn’t play even. The world that has one set of rules for one group, and a different set of rules for another. I’m hoping that you and I can make a better world. Not just for Jesse, but for everyone that Jesse comes in contact with, for all the friends that he plays with, for all the classmates and the teammates that he’s going to get to know. The future is bright, but only if wemake a decision daily to make it a bright future.