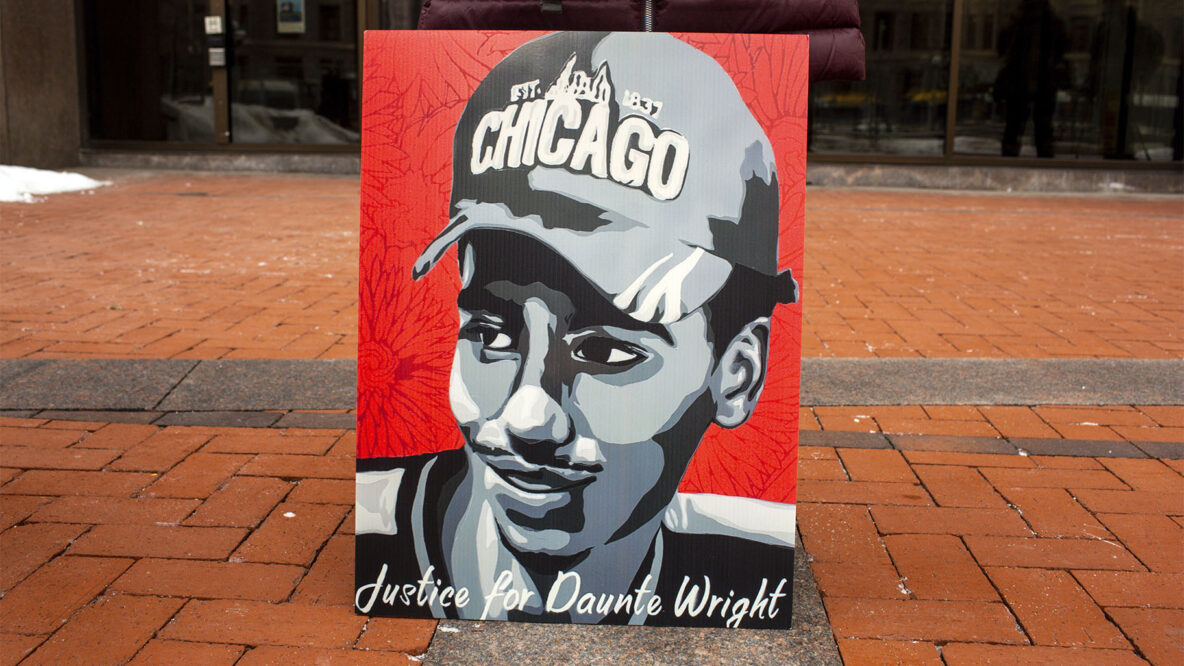 Think about where you drive in a 10 minute radius of your home.  Think of the places you drive all the time not ever thinking you’d be in danger; the grocery store, the bank, your church.  Imagine your own child driving along in Brooklyn Center on the same street where Daunte Wright was killed by police.  I think about this all the time.  And my thoughts always lead me to the same question:  How do I protect my son?

Almost a year ago to the day, Daunte Wright was killed not too far from my house in Brooklyn Center, Minnesota, on April 11th, 2021.  This young, 20 year old, African-American male was shot in a traffic stop in an attempted arrest by former officer, Kimberly Potter.  Now, yes, he had an outstanding warrant, but why did this stop have to end in Daunte Wright’s death?  Another million dollar question.

It’s really hard to continue to watch, on national media, black and brown individuals being shot and killed by the police.  This isn’t the first time that I’ve talked about this, of course.  But what is alarming to me is how personal this particular incident is.  Where Daunte Wright was killed is about 10 minutes north of where I live.  Proximity is important.  You see all these horrible, unjustified police killings around the country and, still, you can still feel insulated to some degree.  But this time it’s basically right outside my doorstep.  Within 10 minutes of where I live, a young man who was not that much older than my own sons was shot and killed by law enforcement.

My son, Zarion, is currently in the process of learning how to drive.  He’s actually due for his exam in a couple days and the fear has been racing through my mind.  I know that at some point, he’s going to drive through Brooklyn Center where Mr. Wright was killed.  At some point, he’ll be driving in South Minneapolis where George Floyd was killed.  And warranted or not, he will get pulled over by the police.  And what’s going to happen to him?  This is a fear I wrestle with constantly.  And it’s something that I don’t wish upon any other parent.

We have a police system that does not identify young black and brown people as important.  My babies, the most important people in my world, are not important to our justice system.  Kim Potter was sentenced, yes.  2 years for 1 life.  But this minimal justice doesn’t stop the question that bounces around my head on the daily; how do I protect my son?  How do I prevent Zarion from becoming another Daunte Wright?  It’s a great question, for sure.  I only wish I could leave you with an answer.

One Comment on “Proximity to Brutality: The Killing of Daunte Wright”